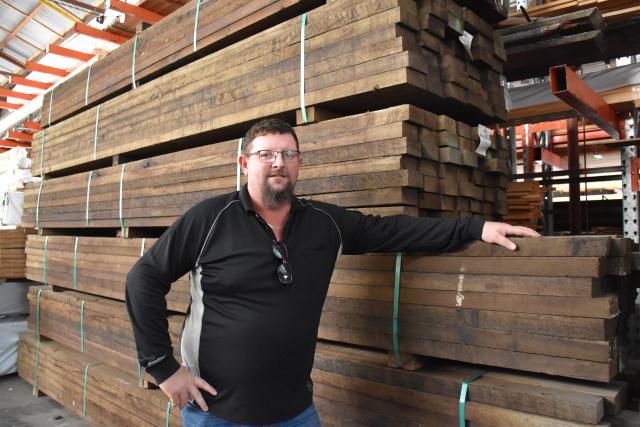 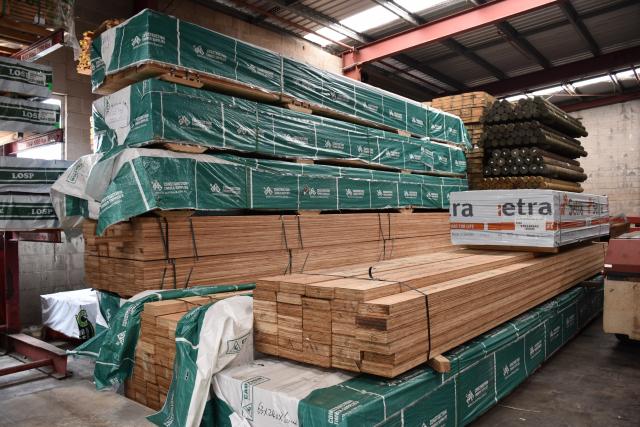 While most builders have been clamoring for building materials since COVID has slowed the supply chain, Ken Hay of K and S Decking, Timber and Salvage in Rockhampton said he has an abundance of supplies of new materials and used ready to use.

Ken said he had a huge stockpile of hardwood, pine and other building materials in his two covered storage facilities in Rockhampton which take up over eighty-one square metres.

“We have operated the Rockhampton business for over 30 years and have developed very good working relationships with our suppliers and they have looked after us,” Ken said.

“We also have a haulage company and work with other haulage companies in central Queensland so we can deliver what you need directly to site.

“We mainly offer new materials, but also a range of reclaimed materials as well as a huge range of landscaping materials.”

Ken started the Rockhampton business over 30 years ago, but his connection to the construction industry and his interest in wood and metal dates back to his time with his grandfather who built fishing boats with crayfish.

He also knows a thing or two about resilience and operating in a tough economic climate.

Raised in Tasmania, at almost five years old, Ken got his finger stuck in the car door.

“I was rushed to Latrobe Hospital, and it was determined that I had tetanus,” Ken said.

“I became the first Australian to receive the vaccine which ultimately made me the first person in the country to survive tetanus.

“The incident had a profound impact on my life.

“Years later I went to the old Latrobe Hospital which had been demolished.

“I walked in place and went straight to where I had been taken when I was sick. The memories came back and I left the site, it was a demolition that I couldn’t undertake.

Ken said he left Tasmania after a failed marriage and traveled to Australia three times, working along the way.

During his travels he met and fell in love with his wife Sandra.

The couple settled in Rockhampton and had a son Adam who now runs the business.

They began shipping scrap metal out of Port Alma and it was tenders for old railroad cars that inspired his interest in lumber.

“We had dismantled the cars for the metal and burned the wood,” he said.

“One day I was tapped on the shoulder and told that we couldn’t burn the wood anymore because it was considered as important as salvage steel.

“I got my team together, went down to the local hardware store, bought a chainsaw, tape measure and chalk and told the team we were salvaging wood.

“We started a salvage yard, and the business continued to grow from there.”

Ken had bowel cancer, gall bladder problems and in February this year he had a stroke.

Although he realized he needed to slow down, he still goes down to the yard to see how things are going.

“Our son Adam has been involved with the business for years, he’s had a lot of training from the start and is very good at what he does,” Ken said.

“Adam’s son, Anthony, also works in the business. We have an employee who has been with us for 27 years.

“It all comes down to being resilient and being a smart operator and building good relationships with suppliers and your customers, regardless of what’s going on in the world.”