Building a high-end gaming rig can easily cost a few thousand dollars, and pre-built models often fall on the high end of the price spectrum due to the convenience factor. But there are plenty of inexpensive gaming PCs that can play modern games at decent settings while still hitting smooth frame rates.

To help simplify your foray into PC gaming, we’ve sifted through the many manufacturers and hardware configurations to find the best inexpensive gaming PCs you can buy right now. Our choices range from around $ 500 to just under $ 1,500. $ 1,500 might seem expensive, but given that you can easily spend two or three times as much on a leading gaming platform – and in some cases on the graphics card alone – this range is about as low as you can get. if you want solid gaming performance.

The PCs we selected aren’t designed for 4K gaming, and some are thin on internal storage and RAM. This will limit the number of games you can install and the speed at which they load, and will make streaming and content creation more difficult, especially if you are playing and recording a game at the same time. Most low-end PCs also can’t handle VR well.

Still, going for a low budget gaming rig is a viable option for new PC buyers and people on a tight budget. These PCs will perform best with 1080p gameplay, and a few can handle games at 1440p resolution at decent frame rates. You can even upgrade the specs for some of these models if you have the cash to spare. Just note that none of the computers on our list come with a monitor and only a few include a mouse and keyboard, so be sure to factor those extra costs into your budget as well.

(Note that the availability of these PCs may vary due to the continued shortage of chips, among other factors.)

The HP Pavilion TG01-2170m is a great entry-level gaming PC. Its all-AMD base hardware configuration costs about as much as the PlayStation 5 or Xbox Series X, and includes a Ryzen 3 5300G processor and 4GB RX 5500 GPU, plus 8GB of RAM and a 256GB SSD. can buy up to an Nvidia GTX 1660 Super for an additional $ 90, or upgrade to the next CPU or RAM levels for $ 100 if you want more power, but the standard kit can play games like Fortnite or Apex Legends with smooth gameplay on a 1080p monitor.

The only potential downside is the TGo1-2170m’s rather run-of-the-mill case, which is the same matte black tower that HP uses for all of its current Pavilion gaming desktops. There are a few small RBG lights on the front panel, but that’s the only standout element of the case. Some people will appreciate the unpretentious look, but look elsewhere if you are looking for something flashy. Fortunately, the case is large and there are a lot of components that can be easily upgraded in the future. 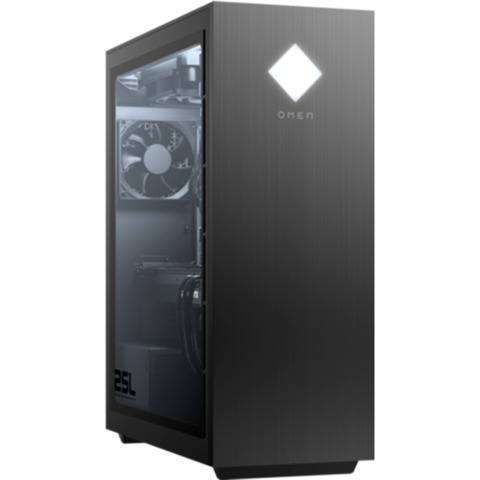 That said, there are plenty of basic specs if you’re good to play newer games with settings below 1080p – although we would suggest spending a bit more to upgrade beyond the standard 8GB RAM. or the 256 GB SSD if you can. Each model offers multiple options for expanded RAM and SSD sizes, and you can also add a wired mouse and keyboard for just $ 14. 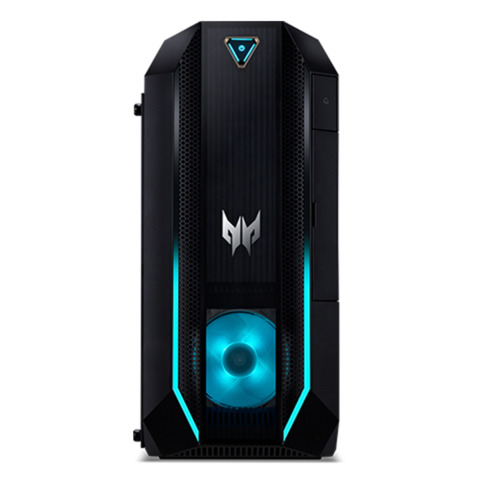 Acer’s Predator Orion 3000 features an 11th Gen 6-core Intel processor and Nvidia GTX 1660 Super. While the GTX 1660 is a budget GPU that lacks the features of Nvidia’s RTX lineup like ray tracing and Nvidia streaming support, it’s powerful enough for solid 1080p gaming. The 8GB RAM and 512GB SSD are meager, but that’s not unusual for cheaper pre-built ones. Also, RAM and storage are the most easily scalable PC components, and you can always go for one of the more expensive configurations if that isn’t enough.

Like other pre-built desktops, the Acer Predator Orion 3000 doesn’t come with a monitor, so you’ll need to purchase one to complete your setup. The package includes a keyboard and a mouse – they’re nothing special, but it at least saves you a few bucks. The unique housing also looks appropriately ‘gamer’ thanks to its angular shape and customizable RGB lighting elements. 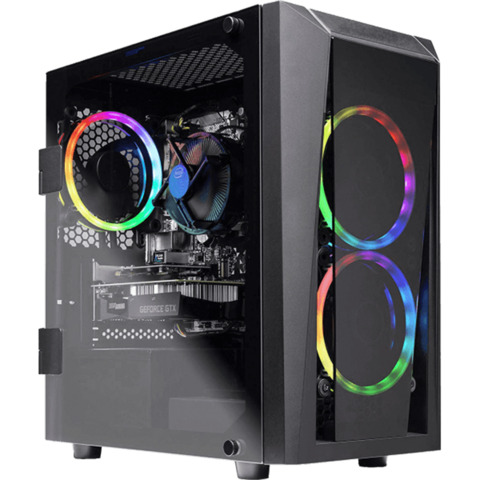 Like the other pre-built ones listed here, Skyech Gaming’s Blaze II comes in multiple configurations, but the model with the Intel i5 10400F processor and Nvidia GTX 1660 GPU offers excellent entry-level specs, a sleek body. and the possibility of future upgrades for $ 1,089.

To be fair, this model’s CPU and GPU aren’t much different from the hardware of the cheaper models we’ve covered, but the 1TB SSD and 16GB RAM make it a more powerful machine in the world. together. It can deliver slightly higher quality game visuals and handle other memory-intensive processes better than its cheaper competitors. These specs make it a solid option for aspiring content creators in particular, as video editing and even streaming will be smoother thanks to the higher memory.

The PC also looks great. The case features a tempered glass side panel that shows the components inside illuminated by the RGB ring light from the rear exhaust fan. Two additional RGB light rings adorn the front of the case and all three are fully customizable. There’s plenty of room inside the case too, and the included 600-watt power supply will be able to power more powerful components that you can upgrade in the future, like a more powerful GPU. 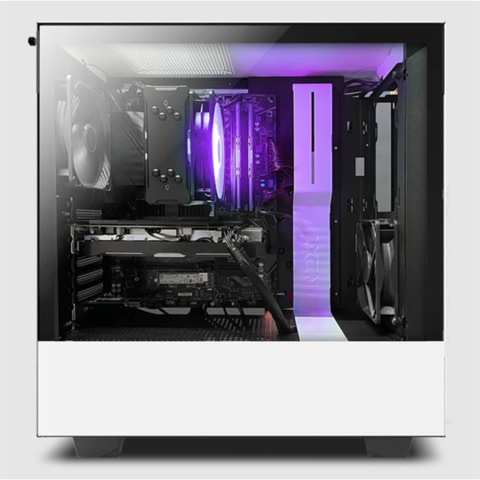 At just a hundred dollars under $ 1,500, it might seem odd to call NZXT’s Starter Pro BLD Kit a “cheap” gaming PC, but it’s a relatively powerful platform that will take you to the next level. superior gaming performance without having to really break the bank.

The only catch is you have to build it yourself.

Don’t worry, though: NZXT’s BLD kits include everything you need, including well-written instructions, step-by-step videos, a set of tools, and all the necessary materials. The only items that don’t come in the box are a monitor, keyboard, and mouse (plus any other peripherals you need), which puts it in the prohibitive price category if you don’t already have these. components at your fingertips. Still, it’s a great choice for anyone who wants to build their own PC but doesn’t know where to start.

Once assembled, the Starter Pro BLD Kit includes an Nvidia RTX 3060 Ti graphics card, an Intel i5-11400F processor, a 1TB SSD, and 16GB of RAM – specifications powerful enough for high frame rates at resolutions 1080p or 1440p, as well as enhanced visual features like ray tracing. It’s also another PC with a large case – featuring a clear glass side panel – and a powerful power supply, so it’s also more scalable than other entry-level units. .