The moment many Tesla owners have been waiting for has arrived: the fully autonomous driving beta is now available to anyone in North America who has requested it, according to Tesla CEO Elon Musk.

Musk took to his new social media platform Twitter to break the news.

“Tesla Full Self-Driving Beta is now available to anyone in North America who requests it from the car screen, assuming you purchased this option,” Musk writes. ” Congratulation to [the] The Tesla Autopilot/AI team on achieving a major milestone!

Now, this version extends to “anyone in North America who requests it”.

To receive FSD Beta, simply request it in your vehicle under Controls > Autopilot. There’s no longer a minimum security score to achieve, and everyone should receive the beta shortly after requesting it, as long as you’ve purchased or subscribed to the FSD beta in the US or Canada.

Tesla’s upcoming FSD beta, v11, which is still being tested internally, may also be released to some external testers starting today. A few days ago, Musk confirmed on Twitter that version 11 would be expanded “before Thanksgiving.” FSD Beta v11 includes a unified technology stack for city and highway Autopilot use and is expected to be widely released next month.

When it comes to FSD Beta updates, Tesla first distributes to employees to test and expand as they collect data and fix bugs. Then, based on a number of factors, Tesla expands distribution to more owners. However, that may soon change when FSD Beta is integrated into all Tesla software releases. This may happen with FSD Beta v11.

For new FSD Beta owners, this is surely a day many of us have been waiting for and a monumental moment for Tesla. However, it doesn’t stop there, it looks like we will all soon have access to the next big update, FSD Beta v11. 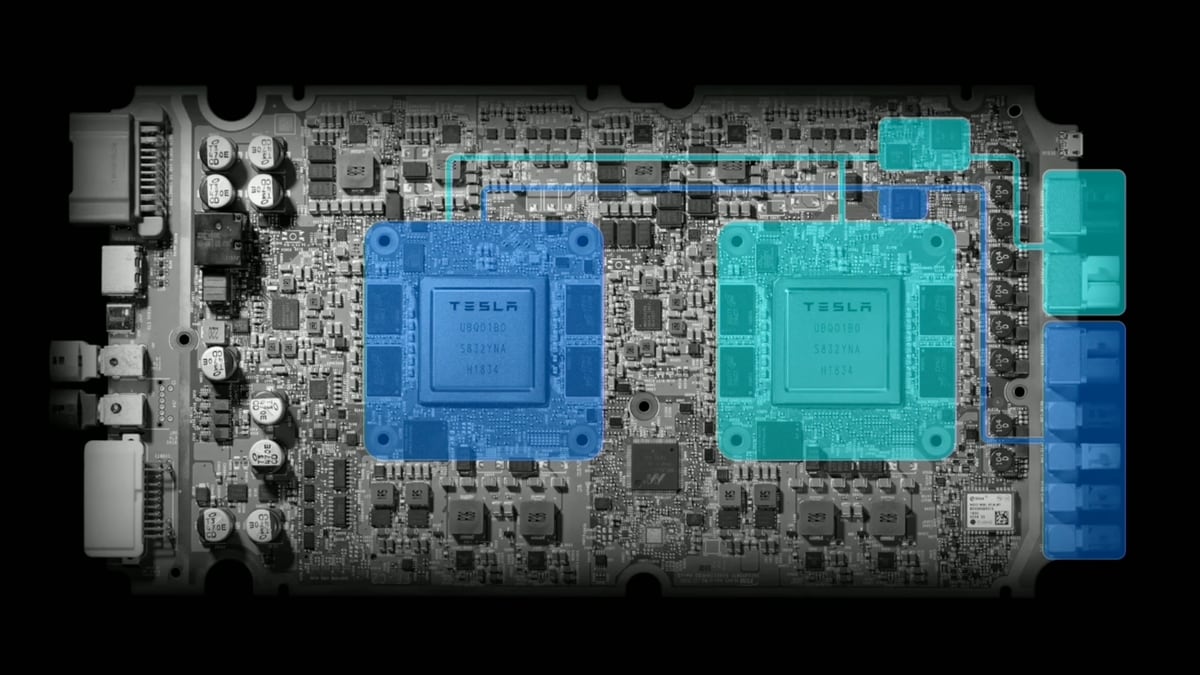 As Tesla continues to send out the latest FSD beta, 10.69.3.1, Tesla’s next generation FSD computer will use chips made by Taiwan Semiconductor Manufacturing Company Limited (TSMC). Although you may be familiar with this company, you may have a product in your hands that uses their technology. Apple is a major customer of TSMC.

Tesla reportedly ditched Samsung to go with TSMC for the next generation Full Self Driving computer. The current computer, Hardware 3, is already a major force. But there are reports that Tesla is preparing a Hardware 4 computer. It is believed to be about three times faster than the current computer.

A report published by Taiwan Economic Daily and China’s IT House indicates (translation provided by Electrek): TSMC is receiving vehicle orders, and it is reported that it has replaced Samsung and won a major order for Tesla’s new generation of fully automatic driver assistance (FSD) chips, which will be produced in 4/ 5 nanometers. Tesla is expected to become one of TSMC’s top seven customers next year. It’s the first time that TSMC’s major customer has an all-electric car factory, which will help withstand the impact of consumer electronics boom adjustments.

While TSMC, one of the world’s largest semiconductor companies, is no stranger to high demand and popular products, this would be the first time it has supplied an electric vehicle company. Samsung may have lost the chip deal, but it will still be a big part of Tesla’s future. Additionally, Samsung is producing the advanced cameras that Tesla needs now that FSD relies on Vision only for its Advanced Driver Assistance System (ADAS).

Tesla used Nvidia hardware before switching to the Samsung chip in 2019. The launch of 3.0 hardware increased the number of frames processed by 21 times. But Elon Musk said a new chip has been in the works for years. FSD version 11 is fast approaching and includes a unique technology stack to support city and highway driving. So it looks like the next big step will be hardware.

Tesla’s Cybertruck is expected to be the first vehicle equipped with Tesla’s latest FSD hardware, which will include higher-resolution cameras and a more powerful FSD computer.

Tesla unveiled Hardware 3.0 and its capabilities at its Autonomy Day in 2019. Tesla may hold another event next year to showcase the latest hardware. 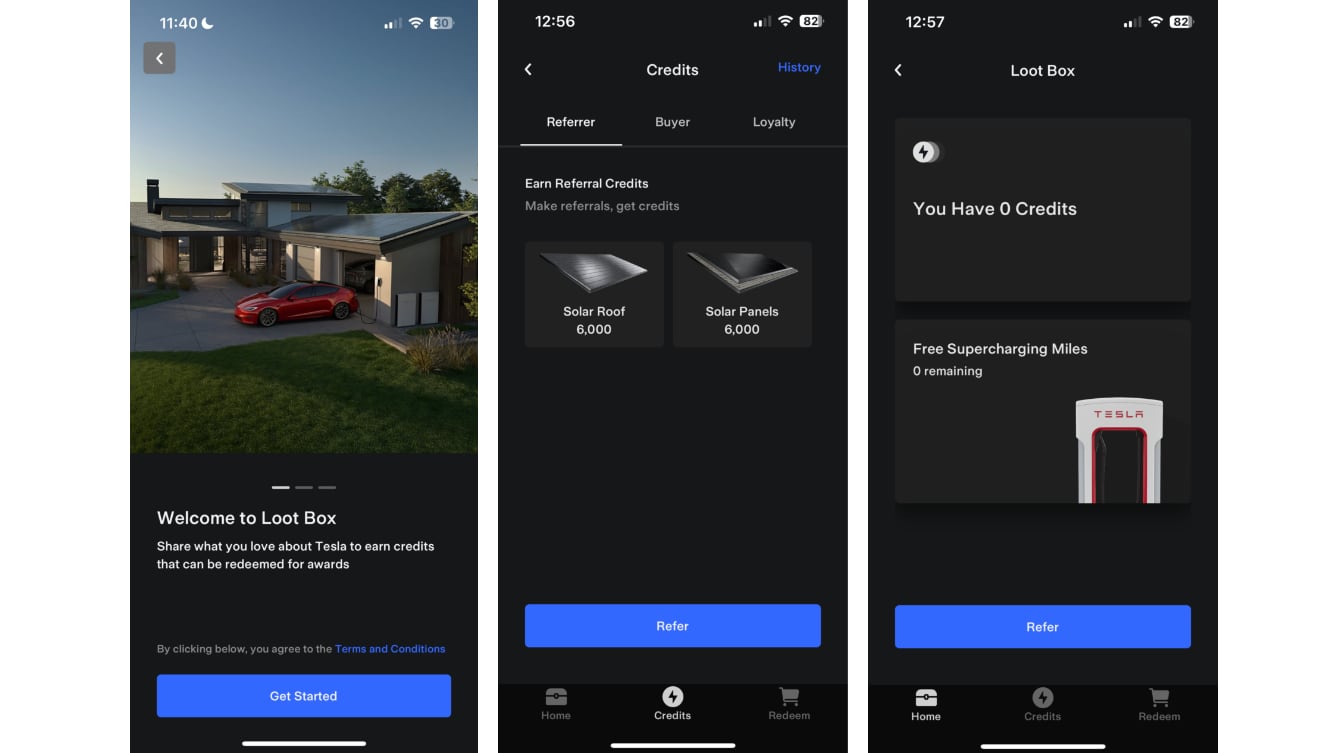 Tesla filled the loot box in the app, which now contains Tesla’s revamped referral program. The reintroduction comes less than a month after Tesla launched a referral program in China called Treasure Box. We saw this happen in October when Tesla updated some localized strings in its iOS update.

Tesla’s updated referral program distributes credits instead of cash or prizes. The credits could then be used to purchase Tesla accessories such as vehicle chargers, t-shirts, shot glasses, and other items you would normally find in Tesla’s online store.

Although the program was revived in the United States, it did not bring vehicle references back as expected. Right now, you’re still limited to referring friends and family to Tesla’s solar products.

Tesla suspended its vehicle sponsorship program in September 2021. We expected Tesla to relaunch this program with its revamped loot box, but that didn’t happen. It’s unclear if Tesla will bring vehicle references back at a later date.

Tesla’s statement on its website leaves the referral system open to all Tesla products, not just solar. He says, “Our goal is to help Tesla owners share their passion for Tesla products and our mission to accelerate the global transition to sustainable energy. As an owner, every time you bring a new friend or family member into the Tesla community, you and your friend both earn Credits — you earn Referral Credits and your friend earns Buyer Credits . You also earn Loyalty Credits when you purchase additional qualifying Tesla products as a thank you for being a loyal Tesla owner.

Here are some items available in the Loot Box:

Solar products earn 6,000 credits and accumulate in your Loot Box under an amount. However, credits expire after 12 months unless you add more credits to your account. Each time new credits are added, the expiration cycle restarts, giving you a year to use the credits or add more.

Shirts and glasses don’t compare to roasters that were part of previous referral programs. However, it may indicate how far the company has come. There was a time when convincing friends to buy Tesla products was so difficult that the company had to offer outrageous prices. Now that’s a much easier sales pitch, and a T-shirt will do.

To access it, open your app and tap your profile picture in the top right corner. There you will find Loot Box near the bottom of the screen, and when you tap it there is a button to share your referral code.