Today the Qualcomm team unveiled their new flagship – the Snapdragon 8 Gen 2 chipset. Performance has been improved on all fronts over the Gen 1 model – performance we’ll soon experience as the first devices based on Gen 2 are fast approaching.

This chip is officially known as SM8550-AB and is fabricated on a 4nm node. Here are more details about its components.

Qualcomm has focused on improving power efficiency, but the new chip still brings noticeable speedups. The new trio of Kryo processors deliver up to 35% better performance with up to 40% better efficiency.

Clock speeds are the same as on the 8+ Gen 1, but the core dialing is not. The Kryo Prime single core (based on Cortex-X3) operates at 3.2 GHz (3.1872 GHz to be exact) to deliver high single-threaded performance. This time around, however, it’s backed by four performance cores (instead of three) to better handle multi-threaded workloads – those cores run at 2.8GHz. Finally, there are three (not four) efficiency cores at 2.0GHz.

The latest Adreno GPU promises up to 25% better performance with up to 45% better power efficiency. It also brings hardware-accelerated ray tracing support to the Snapdragon platform. Now that ray tracing hardware is available from major chipset vendors for Android, we could see mobile game developers embracing the new technology as they have on PC and console. Additionally, this GPU is the first to support Vulkan 1.3 (along with OpenGL ES 3.2). 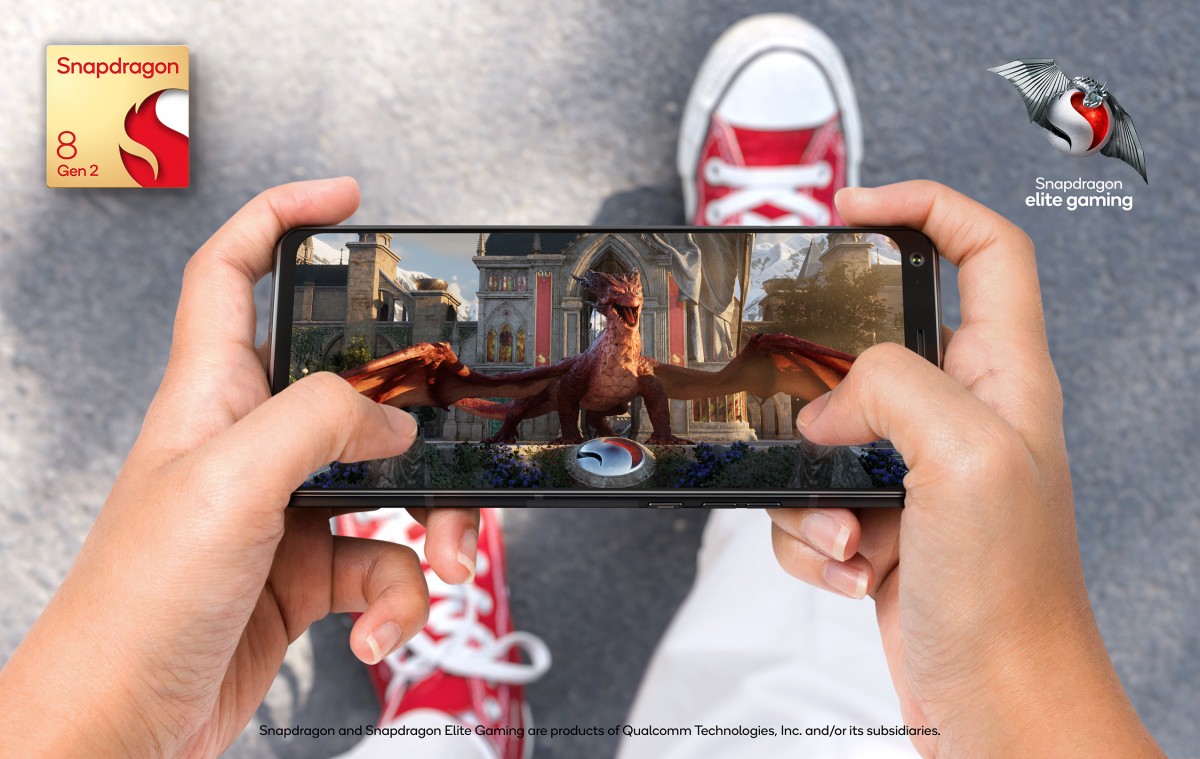 The Snapdragon 8 Gen 2 can drive on-device displays with QHD+ resolution at up to 144Hz or 4K at up to 60Hz. It also supports external displays up to 4K at 60Hz (with color gamut 10-bit Rec. 2020, HDR10+ and Dolby Vision to boot). Qualcomm has also finally enabled AV1 video decoding – streams up to 8K at 60fps (with HDR) are supported.

Qualcomm boasts that Sony sensors with Digital Overlap HDR (DOL-HDR) and Samsung’s HP3 200MP have been optimized to work with ISP Snapdragon. Like its predecessor, the Gen 2 brings an 18-bit triple ISP that can handle up to three 36MP (30fps) cameras simultaneously or go up to 200PM for a single camera. 108MP sensors are supported with zero shutter lag.

For video, the chipset can record 8K HDR footage at 30fps (and capture 64MP photos simultaneously), 4K at 120fps, and also do slow-motion video (720p at 960fps). It supports multiple HDR formats, including HDR10+, HLG, and Dolby Vision. Using DOL sensors, it can capture up to four exposures for each frame of video.

The Snapdragon 8 Gen 2 moves to the new Snapdragon X70 modem. It supports both mmWave and sub-6GHz 5G, of course. Its maximum downlink speeds are 10 Gbps, peak uplink is 3.5 Gbps (similar to its predecessor).

This modem supports Dual-SIM, Dual-Active (DSDA) operation where two 5G (or 5G+4G) SIMs are active at the same time.

Local connectivity brings functionality to the future Wi-Fi 7 (802.11be) standard, thanks to the new FastConnect 78000 system. It peaks at 5.8 Gbps (compared to 3.6 Gbps on the previous chip). Besides speed, the new standard also reduces latency (Qualcomm calls it “wire-like”). 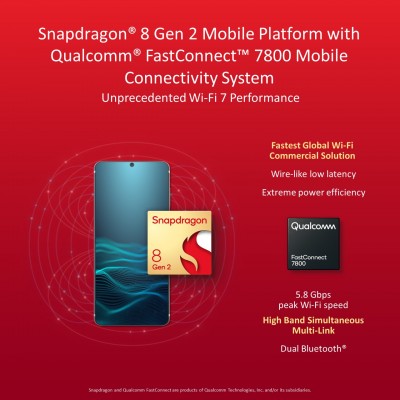 As before, the FastConnect system features Bluetooth 5.3 connectivity. With the latest Snapdragon Sound system, it can deliver lossless music streaming at 48kHz as well as the lowest ever latency of 48ms for gaming.

There’s not much to report for wired connectivity – the chip uses USB 3.1 with Quick Charge 5 (which is just a wrap around the USB Power Delivery standard).

The new Hexagon processor introduces support for a new INT4 format to a Qualcomm mobile chip for the first time. It promises 60% better performance per Watt than previous techniques.

Hexagon is also faster in general – Qualcomm claims that AI performance has been increased by 4.35 times. This power can be used to help the camera by recognizing which parts of the image are a face, hair, clothes, background, etc. and treating them differently. 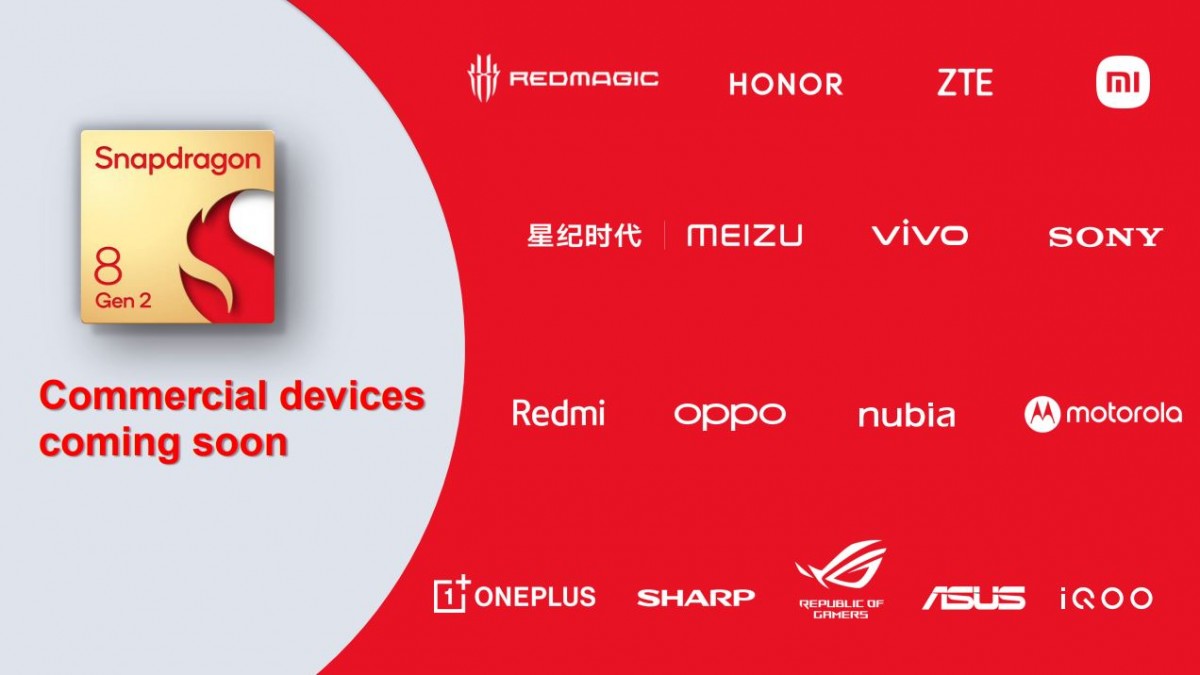 It goes on to say that the first Gen 2-based phones will be available before the end of this year, but doesn’t say which manufacturers will be first. There is no mention of Samsung and the upcoming S23 series.