In a few days, Microsoft’s Surface event will take place and the Redmond-based company is expected to unveil several new Surface devices, including a new Surface Pro. However, at this event it is rumored that the Surface Pro X and Surface Pro ‘9’ will be brought together, bringing together ARM and x64 under the same Surface umbrella.

Over the past few months, there have been rumors and gossip that Microsoft will be launching new devices this year just in time for the holiday shopping season. However, it was also said by Zac Bowden that “MS plans to merge the Surface Pro X under the mainline Surface Pro line this fall, which means the Surface Pro ‘9’ will be available in both Intel and ARM flavors for the first time. time .” This is part of an effort to normalize Windows on ARM and as a substantial victory for the initiative.

Additionally, this is an interesting development as we saw the performance of Qualcomm’s Arm-based Snapdragon 8cx Gen 3 chip when we reviewed the Lenovo ThinkPad X13s. It will also be interesting to see if Microsoft applies some of its own customizations to the chipset when it arrives in the new Surface lineup for a potentially even more optimized experience.

Beyond that, we know Microsoft will likely introduce other devices, like a Surface Gaming laptop, with 12th Gen Intel processors paired with a mighty NVIDIA RTX 3070Ti if you snag the Core i7 upgrade. Otherwise, Microsoft’s more standard Surface laptops will also benefit from the 12th Gen Intel upgrade. 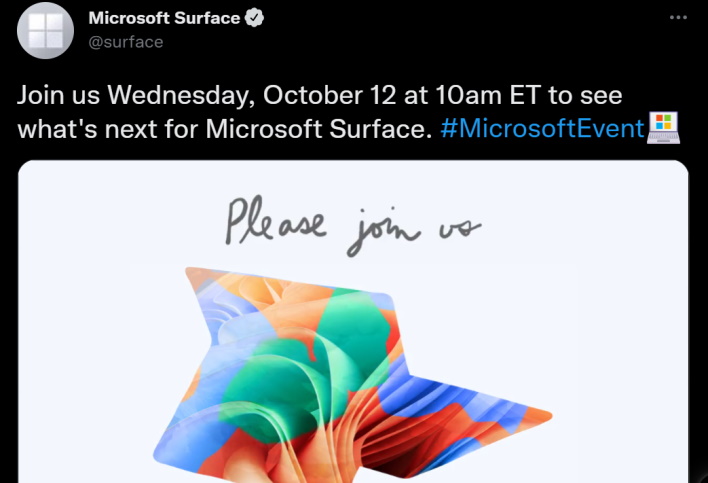 Either way, it’s clear the industry is excited to see what Microsoft has in store for the Surface lineup, which isn’t far off. So keep an eye out for the Microsoft Surface event on October 12 at 10 a.m. ET and stay tuned to HotHardware for all Surface updates.