WSA features provide fun and interesting features. The biggest benefit is the ability to natively run Android apps that Windows doesn’t necessarily have access to. Technically, the biggest gaming market in the world is mobile, so why wouldn’t Microsoft want to take a small slice of that pie? Why not have these people do it through Windows while they’re at it? 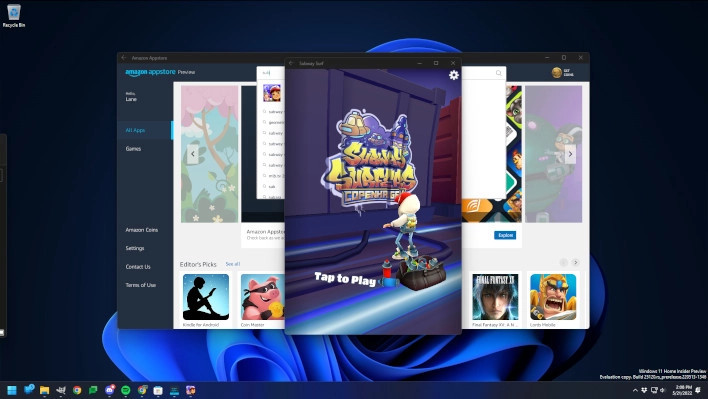 Microsoft has partnered with Amazon to implement the feature so that users can only access the relatively limited Amazon App Store by default. There are limited ways to try and get the Google Play Store on your WSA install, but most of the time it’s risky business.

Android 13 is the biggest ticket for the planned WSA updates, and it will bring several useful features. Features like file transfer will allow you to transfer files to and from the Android subsystem. Shortcuts will allow users to directly access an application instead of loading the WSA first. Picture-in-picture is probably a feature that will let you view multiple apps simultaneously. Finally, access to the local network is intended to be enabled by default. Although technically possible with some manipulation, access to the local network is also very useful for the file transfer function. 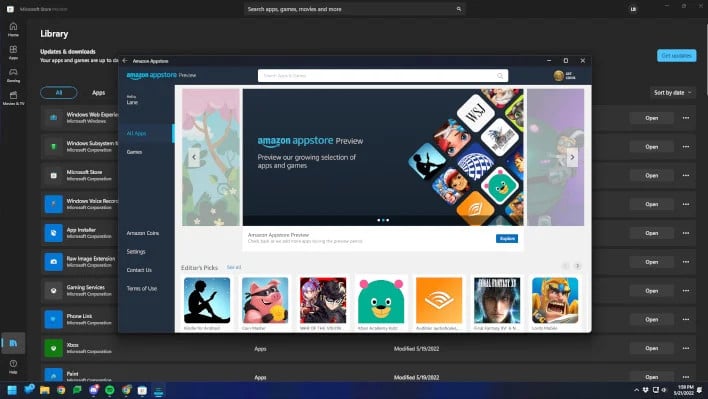 Android 13 will be available in preview builds soon, and Microsoft’s recommendation if you want to be an early adopter is to sign up for the Windows Insider Programand the Preview program for WSA.